To have an easy 360-degree movement of like arms back-forth, rotation, swinging, etc. is only possible because of the deltoid muscle on the shoulder.

Dislocation of it can cause pain and muscular cramp on the shoulder and arm as well. These consist of a minimum of 7 groups of nerves that can be well-coordinated by the central nervous system, as claimed by electromyography.

These are majorly made up of three sets of fibers in the body, such as mentioned below.

The deltoid muscle lies in the upper arms and shoulder on both sides of the body. It is majorly of triangular contour, with broad part joint to shoulder and thinnest to resting at the upper arm. It ensures flexible movement of shoulder and arms.

It is attached to three points on both sides of the body, including: 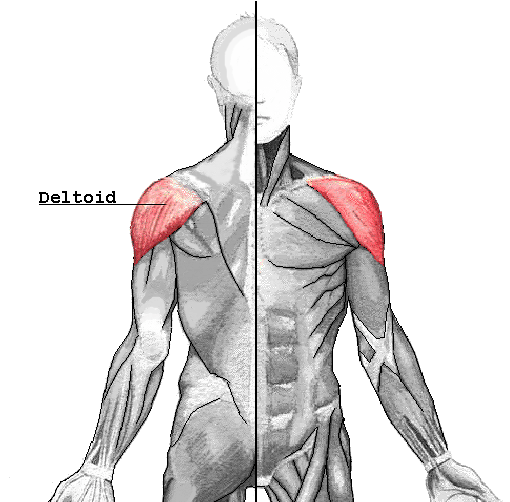 The Insertion And Relation of Deltoid Muscles

These are superficial fiber muscles on each side shoulder, that overlying fascia, platysma muscle, and skin.

Deltoids overlie within several other muscular structures such as rotator cuff muscles like supraspinatus, infraspinatus, teres minor, and subscapularis.

Muscles, including pectoralis major, pectoralis minor, and triceps branchii muscles. It even contours coracoacromial ligament, subacromial bursa, bony structures, and neurovascular structures on shoulders. It is innervated by the axillary nerve (brachial plexus).

The blood supply is regulated by many sources such as below:

Precisely, the deltoid muscle is the principal abductor of the arm lies on the glenohumeral joint.

It ensures easy abduction motion as made up of clavicular and scapular spinal fibers. While carrying heavy objects, deltoid muscles produce a line of force to stabilize the glenohumeral joint.

This primary prevents pain and displacement of the glenohumeral joint and controllers the arm and shoulder pressure. It even undergoes with eccentric contraction on deltoid muscles.

Clavicular-anterior fibers will help the deltoid muscle produce flexion of the arm, along with pectoralis motion while walking and running.

However, the scapular spinal fibers-posterior of deltoid muscles produce an extension of the arm while acting with latissimus dorsi during ambulation helps in the humerus’ rotation.

Sandra is a science enthusiast and a researcher by nature. Her articles are informative and eloquent in equal measures, and always include knowledge that is verified by authentic sources. She is a maven at health related sciences and takes an interest in new scientific findings from all facets of the subject. Her column is a ready reckoner on all that is going on in the world of scientific study, and health sciences, including disease outbreaks, their causes, and prevention measures being taken.
View all posts